The Priest Who Almost Stole Christmas 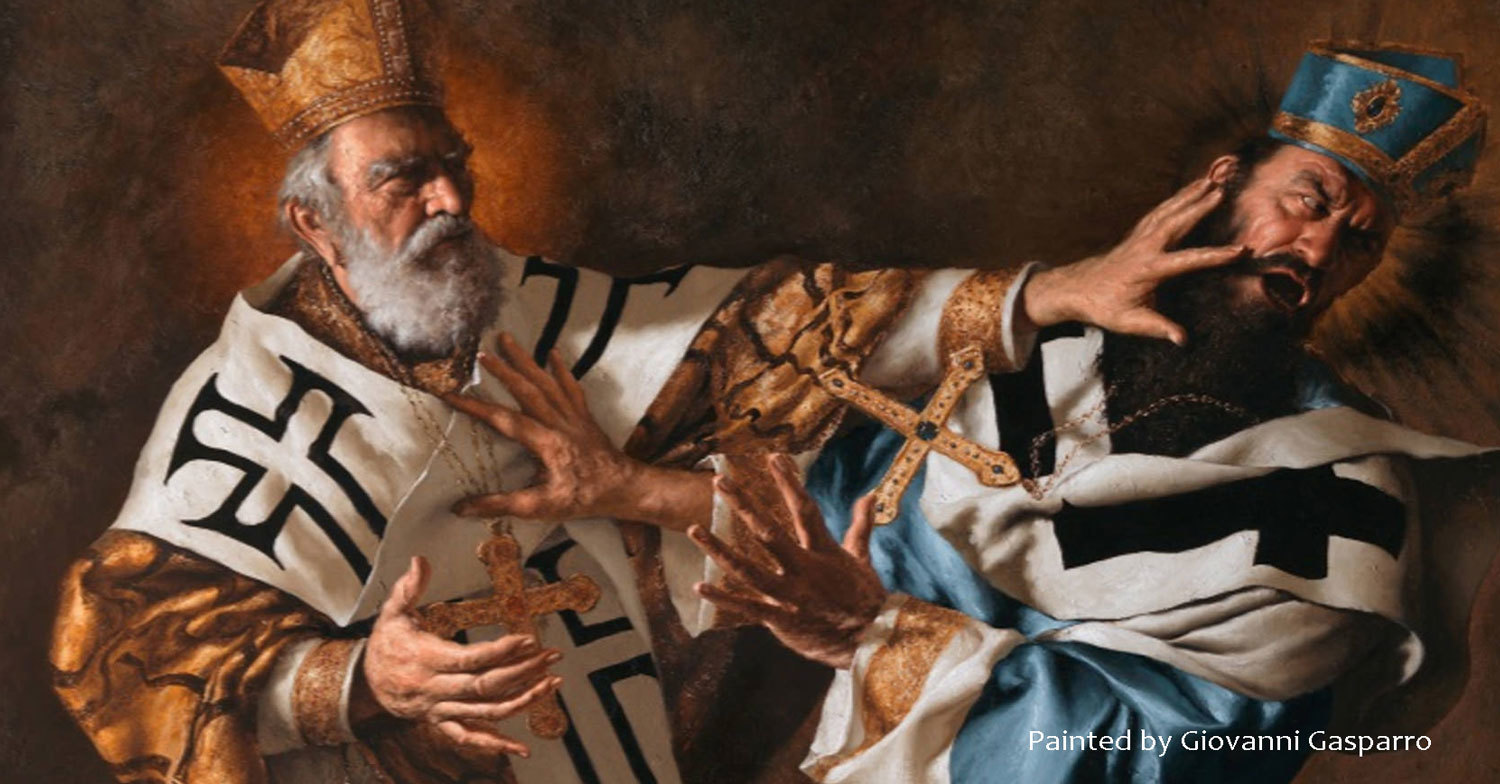 Arius (250–336 AD) was the priest who almost stole Christmas. Arius’ teaching spread like a virus through the church in the 4th century. Legend has it that when St. Nic heard Arius teach, he rose in protest. The one we know as Santa slapped down the naughty priest. Why? Here is a summary of the unbiblical things Arius taught:

Arius thought he was preserving monotheism (the belief in one God). But, he was destroying the meaning of Christmas and the incarnation (i.e. God in flesh). Arius must not have read John 1, where Jesus is revealed as the Word (the outward and full expression of God), who is with God, who is God, and who is the Creator of all things. Bruce Shelly in the book, Christian History in Plain Language said that if Arius had succeeded, “The Christian faith would have had two gods and a Jesus who was neither God nor man. It would have meant that God was unapproachable and totally removed from man.”

The emperor Constantine had been in power for over ten years. He called 300 church leaders to a council in Nicaea to try and settle the growing Arian division. The hero at Nicaea was a young secretary to a bishop, named Athanasius (AD 296 – 373). Athanasius prepared the biblical case to defend the deity of Christ.

Athanasius helped to frame these lines from the Nicaean Creed: I believe… in one Lord Jesus Christ … very God of very God, begotten, not made, being of one substance with the Father; by whom all things were made.

In a short time, all but 3 of the 300 religious leaders condemned Arius and he was banished. But, a few years later, politics got involved. Arius was shown political favor and he was restored to his priestly postition – even though he was still theologically wrong. Athanasius, on the other hand, was banished seven times by various emperors, for 17 of the next 35 years. It is said that Athanasius “stood against the world” in his ongoing fight for the biblical and orthodox view of Jesus Christ, that is held by all true Christians around the world today.

Some things to think about:

John 1:10 (NLT), “He came into the very world he created, but the world didn’t recognize him.”

4. Have you placed your faith in Christ alone and experienced new life as a new creation?

John 1:12-13 (NLT), “But to all who believed him and accepted him, he gave the right to become children of God. 13 They are reborn—not with a physical birth resulting from human passion or plan, but a birth that comes from God.”

Pray this prayer of salvation: Jesus I believe you are my Maker. I believe you came into this world to restore my lost relationship with God that my sin had severed. I trust in you alone to save me and forgive me for going my own way. I receive you as my Savior, Leader and God. Please make me new and teach me more of who you are and what it means to follow you from this day forward.  Amen.