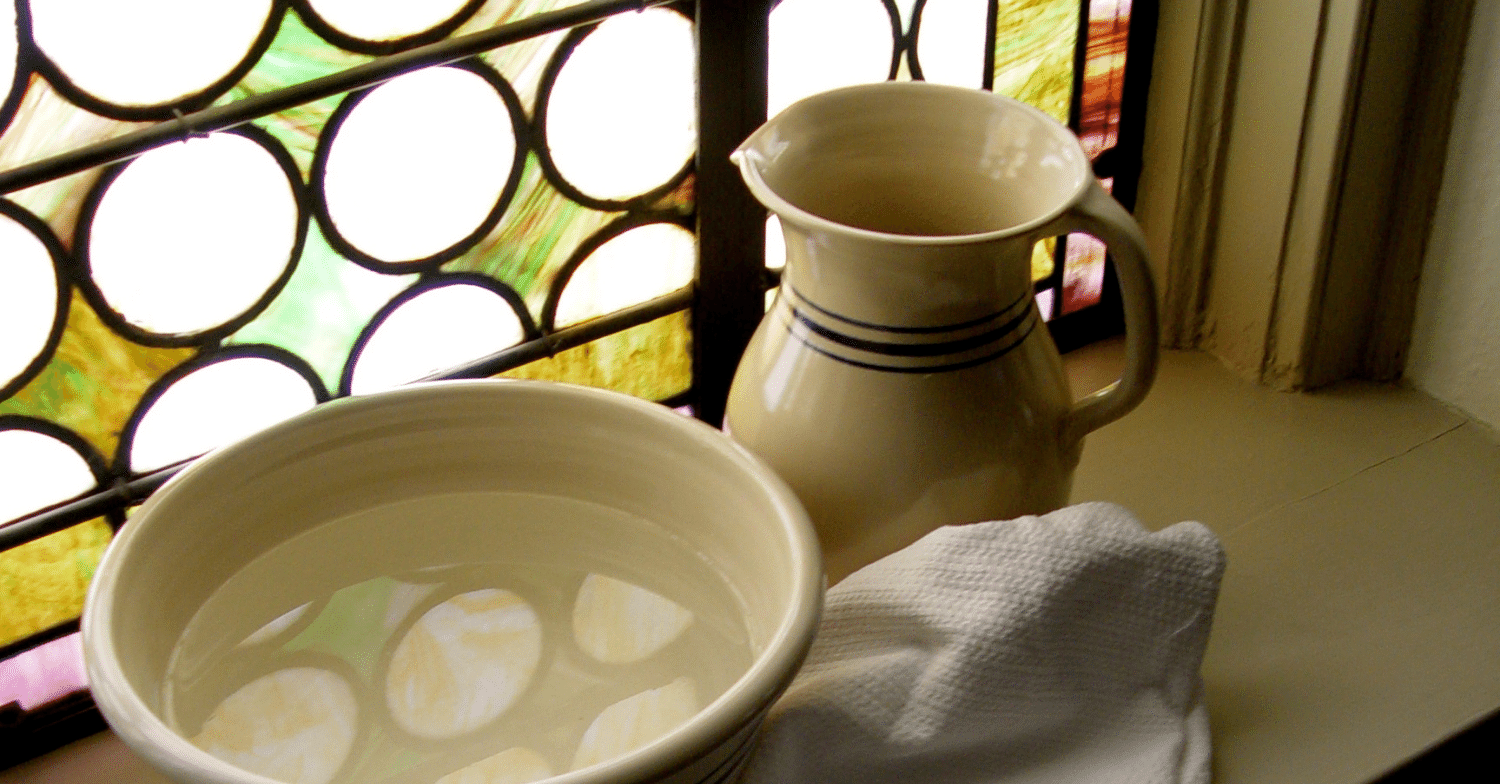 Luke 22: 24 (NLT), “Then they began to argue among themselves about who would be the greatest among them.”

On the night that Jesus was betrayed the disciples were arguing about who was the greatest! This is when Jesus disrobed, took the basin and towel, and washed the disciple’s feet (John 13:4).

In this living parable of Philippians 2:1-11, Jesus took the form of a slave and served. He answered the question, “Who is the greatest?” The greatest among them is the One who serves and gives His life for others.

By this humble act, Jesus answers another question, “Are those in authority exempt from the towel?" Jesus answers in the negative:

Mark 10: 42-45, “So Jesus called them together and said, “You know that the rulers in this world lord it over their people, and officials flaunt their authority over those under them. 43 But among you it will be different. Whoever wants to be a leader among you must be your servant, 44 and whoever wants to be first among you must be the slave of everyone else. 45 For even the Son of Man came not to be served but to serve others and to give his life as a ransom for many.”

Does Jesus expect all His followers to lead with the basin and towel? The answer is, “I have given you an example to follow. Do as I have done to you.” (John 13:15).

Let us lead the Jesus way by serving one another.

The Basin And The Towel, by Michael Card

In an upstairs room,
a parable Is just about to come alive.
And while they bicker about who's best,

With a painful glance,
He'll silently rise.
Their Savior Servant must show them how
Through the will of the water
And the tenderness of the towel.

Our Savior Servant must show us how
Through the will of the water
And the tenderness of the towel.

And the call is to community,
The impoverished power that sets the soul free.
In humility, to take the vow,
That day after day we must take up the basin and the towel.

Nov 28
Why Were We Created?