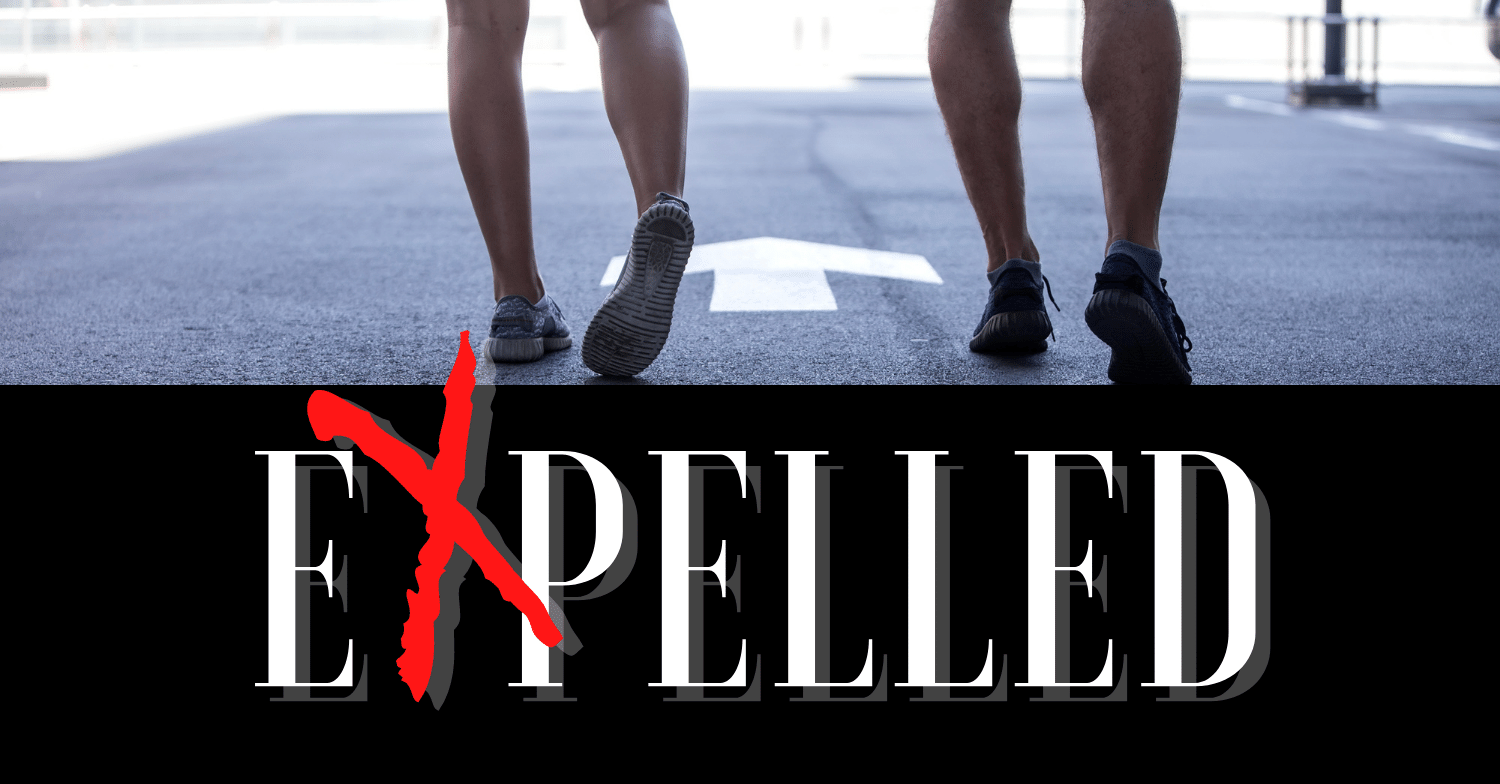 In 2008, Ben Stein produced a movie called "Expelled." It is the story of how "big science" has expelled ideas from the classroom. The main topic concerns the origin debate between evolution and creation (intelligent design). The subtitle to the movie is, "No intelligence allowed." I recommend this movie (and the music is great).

In John's Gospel, "big religion" expelled belief from the synagogue. The subtitle is, "No faith in Jesus allowed." Over and over John tells us of those who were expelled or in fear of being expelled:

Jesus gave a sobering forecast to the disciples in John 16:2, "For you will be expelled from the synagogues, and the time is coming when those who kill you will think they are doing a holy service for God.”

Jesus was right. Christians throughout history have been expelled for one reason or another. And, the world thinks they are righteous in doing so.

These fearful times raise concerns for the church and for our society. Jonathan Haidt, author of The Righteous Mind, says one of the marks of an open and civil society is that individuals are not afraid to share opinions.

As for the church, I praise God for the ways He is stirring people up and out of spiritual complacency and into His marvelous light. The forecast ahead of us is likely to be just like Jesus' disciples. Let us be prudent and prepared for "big darkness" to pressure us and cause us to fear -- even to expel us. The church has always and will again, defeat the Accuser, "...by the blood of the Lamb and by their testimony" (Rev.12:11).

What do we do? Jesus told his disciples to be wise as serpents and innocent as doves (Mt. 10:16). That is a good image of how we equip ourselves to live courageously in our times.

Brothers and sisters, let us never forget this encouraging promise from John 10:10 (ESV), “The thief comes only to steal and kill and destroy. I came that they may have life and have it abundantly.”